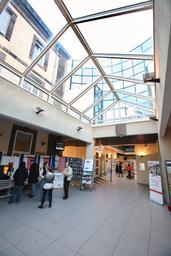 History
The School was established over 100 years ago by the local Chamber of Commerce as a response to the growing demand for skilled managers and leaders for expanding industry. The School is still based in the original building, which was first built as a seminary for priests and later became an army barracks before it was transformed into the business school in 1919.

The Campus
The ESC Clermont BS Campus is in the heart of the city, close to the historic medieval centre. Nowadays there are two main buildings and plans are under way to expand the premises to include a modern annex with state-of-the art facilities for students. Access to the school is controlled through an electronic badge system. This allows students and staff to enter the campus 24/7. Students can make full use of the computer laboratories, classrooms, study rooms, student association offices, and leisure facilities.

The school buildings, known as the “Bansac” and the “Trudaine” Buildings cover around 100,000 square feet (9000 square meters). Approximately half the space is devoted to teaching areas accommodating groups ranging from 8 to 400 participants.

The city of Clermont-Ferrand is in Auvergne Rhone-Alpes Region, the second largest region of France. The city is in the very heart of France on the crossroads between major French cities including Paris to the north, Lyon to the East, Bordeaux to the west and Montpellier to the south.
The city is surrounded by the outstandingly unspoilt mountains of the “Chaine des Puys” National Volcano Park which became a UNESCO world heritage site in 2018. The most famous extinct volcano, the Puy-de-Dome dominates the city. Like the Eiffel Tower in Paris, everyone wants to have view of the Puy-de-Dome from their home or flat.

The Region is extremely popular for the huge range of outdoor leisure activities available including skiing, hiking, mountain-biking, windsurfing, and hang-gliding.
Clermont-Ferrand is also famous for its annual International Short Film Festival which takes every year during the month of February. The city is home to the corporate headquarters of the famous Michelin Tyre Corporation, created by the Michelin brothers more than 100 years ago.

Clermont is a dynamic city offering many cultural activities (festivals, cinema, concerts, theatre, shows, opera), and is a great place to study with a low cost of living and high quality of life.

Student Housing: ESC Clermont BS has been working closely with a partner housing agent; Moversia since the company was launched by an ESC Clermont BS alumnus back in 2005.
As the number of international students steadily increases from year to year, we are working on reinforcing this partnership.

Moversia is currently providing a complete housing package free of charge to all full-fee-paying international students enrolled at the ESC Clermont.

Moversia’s welcome package includes a made-to-measure housing search in private accommodation, or student residences according to your budget and preferences, as well assistance with administrative formalities such as the housing benefit application, internet connection, opening a bank account and a pick-up service at the train station or the airport.

The package is currently a fee-paying service for exchange and reduced fee-paying students. The package may seem expensive in the beginning; however, the service enables students to pre-book and integrate their accommodation as soon as they arrive. They thus avoid extra hotel and agency fees and save valuable time and energy. 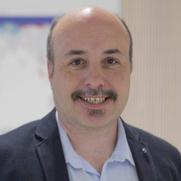