The Jovellanos Faculty of Commerce, Tourism and Social Sciences is located in Gijón, Asturias. It is situated to the east of Gijón, and no more than 30 minutes far from the Airport of Asturias. Since January, 2007, our Faculty is located in the Laboral, Ciudad de la Cultura architectural complex.

Gijón/ Xixón is a city in north-western Spain. It is the largest city and municipality by population in the autonomous community of Asturias. It is located on the coast of the Cantabrian Sea in the Bay of Biscay, in the central-northern part of Asturias; it is approximately 24 km (15 mi) north-east of Oviedo, the capital of Asturias, and 26 km (16 mi) from Avilés. With a population of 271,780, Gijón is the 15th largest city in Spain. Until recently, Gijón had an eminently industrial character, which favoured its great growth during the 20th centuries. However, during the last few decades, the crisis in the iron and steel industry and the naval sector have led to the reconversion of its productive fabric, which has transformed the city into a tourist, university, commercial and R&D centre. Thus, as well as having a municipal network of museums, the town is home to the cultural complex of the Universidad Laboral, a university campus and a science and technology park.

The city is known as the "capital of the green coast".The coastal route of the Pilgrims' Route to Santiago de Compostela passes through the council and the Integral Maritime Safety and Maritime Rescue Centre are based here. Gijón/Xixón is a hospitable city by tradition. A friendly destination for all travellers and and accessible to visitors with reduced mobility. It offers to those who visit it cultural, musical and festive activities all year round, accompanied by a dozen or so beaches, endless moments of aquatic fun and and a wide range of delicacies, from tasty seafood from tasty seafood cuisine to whimsical sweets. The city offers journeys to its remote past, beautiful trails with nature and an endless number of local cider to toast to life.

Student Housing: The University of Oviedo offers an accommodation service to help you to find rooms or flats to rent.
You can find further information at http://www.uniovi.es/en/vida/alojamiento. Besides, it is a good idea to get in touch with students from your university who stayed in Asturias in previous years, so they can provide feedback and contacts to find adequate accommodation because most of them rent rooms in the city centre while their exchange.

Student Support: The Faculty provides various programmes to assist exchange students in getting acclimated and integrated into the exchange experience. Beginning with a comprehensive orientation programme, Spanish courses from Las Casa de las Lenguas, an optional Tandem programme, sports, tourism activities, the university provides exchange students with the tools and opportunities to fully immerse themselves in the Spanish culture and studying at a Spanish university. More information about the various programme offerings can be found here: http://jovellanos.uniovi.es/estudiantes/incoming


Students with Disabilities: The special needs office ONEO ( Office for people with specific needs) is a counselling service for people with special needs to make them fully integrated in university life. Further information can be found by going to http://jovellanos.uniovi.es/estudiantes/incoming and clicking on “People with Special Educational Needs (ONEO)”, by emailing oneo@uniovi.es or by calling (+34) 985 10 29 22. 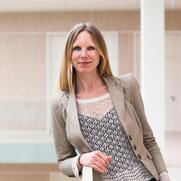