The Institute offers training to over 2500 students, doctoral students and trainees, over 250 of these coming from more than 50 countries of the world; 300 students are enrolled for extramural courses.
Over 200 highly qualified members of the teaching staff, professors and associate professors train the students. Of them, more than 25 are Doctors, Professors, and 80 academics who have PhD degrees (Candidate of Sciences) are Associate Professors.
Besides, well-known Ukrainian and foreign researchers, educators and practitioners from other departments of the University, other research and higher educational institutions of Ukraine and from abroad deliver lectures, teach practical courses, supervise diploma and course paper writing.

Heilbronn is a city in northern Baden-Württemberg, Germany. With approximately 125.000 residents representing more than 150 nationalities it is the 6th largest city in Baden-Württemberg. Heilbronn is the major economic center of the Heilbronn-Franken region, which includes almost the entire Northeast of Baden-Württemberg. Well-known companies such as the Schwarz Group (LIDL/Kaufland), Audi, and Bosch are located nearby. Heilbronn is also known for its wine industry, as evidenced by the many beautiful vineyards climbing the hillsides that surround the city.

Heilbronn's city center welcomes residents and visitors with a variety of shops, cafes, restaurants, and entertainment venues, as well as interesting sights and leisure-time possibilities.  Home to the longest gastronomic riverwalk in the south of Germany, dining options include a full range of German and international cuisines.  Also in the city, important landmarks such as St. Kilian's Church, the Rathaus with it's 16th century astronomical clock, and several 14th century towers.

Heilbronn is also well-connected to the nearby cities of Stuttgart, Heidelberg, Nuremburg, Mannheim, and Frankfurt, and a convenient starting point to explore the beautiful state of Baden-Württemberg, including the Black Forest, Lake Constance, and Swabian Alps.

Costs: There are no additional tuition costs for studying at Taras Shevchenko National University of Kyiv. Additional costs that must be considered are accommodations, meals, and cost of living.

Student Housing: Usually most exchange students are accommodated in the dormitory №14. The monthly rent is 1350 ₴. (https://studmisto.knu.ua/adresy-hurtozhytkiv-universytetu)

Disabilities: The procedure of learning process for students with disabilities is at the design stage. 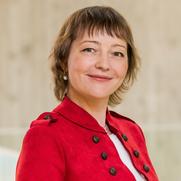