Federal State Budgetary Educational Institution of Higher Education "Sochi State University" is a recognized leader in Russia in the field of training for the tourism and recreation industry, provides education in a wide range of programs from hotel and restaurant services to landscape design.

The bachelor, master and postgraduate students’ education at the Faculty is carried out by an experienced highly qualified staff. More than 40 professors work at the Faculty, including 7 doctors of sciences, professors, 30 candidates of sciences. Leading scientists and experienced specialists of enterprises and organizations of the city of Sochi and the Krasnodar Krai are involved in educational activities (up to 20% of the teaching staff).

The Faculty is running:

Sochi is often called the unofficial "Summer Capital" of Russia, or the Black Sea Pearl. This is the country's biggest and busiest summer sea resort, attracting more than six million visitors annually with its amazing mountainous coastline, endless pebbly beaches, warm sunny days, and bustling nightlife. From May to September Sochi's population at least doubles with tourists, including celebrities and the political elite of the country.

Sochi is considered to be the longest city of Russia as it is stretched along the sea coast for about 145 kilometers.

Sochi has always been associated in Russia's national mentality with the south, palms and a hot climate, that's why it was quite a bit of a surprise for many that the city won the 2014 Winter Olympic bid in 2007. The answers are an absence of harsh frost and the very promising Alpine resort of Krasnaya Polyana in the city area. The XXII Winter Olympics took place 7-23 Feb 2014 and were followed two weeks later by the Winter Paralympic Games, 7-18 Mar 2014. The Olympic and Paralympic Games were held in Sochi and the nearby ski resort "Roza Khutor" in Krasnaya Polyana. In 2014 Sochi was hosting the first Formula 1 Russian Grand Prix in Olympic park area. Formula 1 in Russia continues nowadays in Sochi Autodrom.

Sochi is attracting the events of all kinds and unites the people from all over the world. It used to be the stage for the largest global choral festival and competition - the 9th World Choir Games, 6-16 July 2016. Sochi was hosting the international youth event – the 19th World Festival of Youth and Students, 14-22 Oct 2017. Sochi was one of 21st FIFA World Cup 2018 cities in Russia. The city of Sochi has become known worldwide and continues to attract many different national and international mega-events.

The borders for the city are, from one side – the Black sea, the other – Psou river and headwaters of Mzimta river, the third – Main and Great Dividing Ranges of the Western Caucasus, the fourth – the interfluve of Magri and Shepsi rivers (behind – there is the territory of Tuapsinskii district and Tuapse city).

Agriculture & gardening are especially developed in the suburbs, including cultivation of crops - which do not take root anywhere else in Russia. These are, of course, citrus fruits, feijoa, kiwi, tea and rice. In addition, there are cork oak plantations and also apiaries here.

The humid subtropical climate, high mountains, exotic vegetation, endless beaches, mineral baths, national parks, historic architecture, exciting attraction sites, art festivals and lively multicultural environment make Sochi a prominent resort destination. Sochi has a lot to offer for anyone who loves nature, sports, history, sunny beach leisure and active adventures. There is too much to do and too many things to see in Sochi so you will never be bored.

Important Information for Studying at this Partner University

Language(s) of Instruction: Academic programs for international mobility students are taught in the Russian language.

Student Housing: SSU offers students a pretty comfortable, reasonably priced hostel accommodation within easy travelling distance to the university by bus or foot. The rooms are fully furnished and with access to shared kitchen, laundry room and bathroom. The SSU Hostel provides a clean, secure living environment and is ideal for students who are new to Sochi. International students are offered a choice of single, double or triple hostel rooms at monthly rent price changing according to the time of year. Rent per month is of 650-750 rubles (~7,5–8,7 €).

The accommodation will be provided on request for the period of study at SSU. There is a hostel cafeteria on the ground floor. Students can also use the hostel kitchen which has everything they need to cook their favorite meals and plenty of storage space available to use. Don’t be afraid to share your family recipe tips with other students and make friends, since cooking meals is a great way to meet other people.

Students with Disabilities: Psychological support of inclusive education for students with disabilities is carried out by the SSU Social and Psychological Service, which has the position of a psychologist. For the successful adaptation of students with disabilities, individual consultations are conducted on an ongoing basis, monitoring and support of such students is carried out, training programs have been developed, students are involved in the university, faculty and group activities. More information can be found at: https://sutr.ru/about_the_university/svedeniya-ob-ou/ovz/ 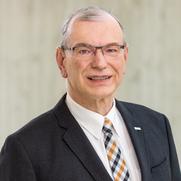